I would lay a bet that this is probably one of the most common questions that is asked when people are diagnosed with myeloma – that along with the “Why me?” question. After the initial shock of a diagnosis, I think it is natural to want to understand exactly what has caused such an upheaval in your life. There is still a massive fear of what is to come, despite the fact that the future is starting to feel a little brighter for myeloma patients (more to come in another post). We are still a few years at least away from the major changes that are being talked about these days….and for some patients with more aggressive myeloma than me (touch wood) that can be a scary prospect.

I can honestly say that I haven’t really ever asked the “Why me?” question….but in the early days, I did wonder whether my actions etc could have caused me to have myeloma. Funny isn’t it that human nature seems to want to be able to pin the blame on something rather than perhaps accept that some things just happen to us. Part of why I have chosen to write this post is because it frustrates the living daylights out of me when people close to me drop into the conversation that maybe, just maybe, I am to blame for my cancer. That if I had led a more puritive lifestyle, not smoked when I was younger, not drunk as much etc, that I might not have myeloma today.That said, they haven’t been brave enough to say that to my face….perhaps they know that there could be serious repercussions. I do hope that if they do ever come out with it directly, I will be able to hold my nerve enough not to let loose, but the day is getting closer that this may happen. They skirt around the issue by talking about cancer in general, but I am pretty clear what they are getting at . Of course, it doesn’t really change anything if my behaviour in the past has caused my myeloma. I still have it. I can’t change that. So what good does it do anyone? I believe it all comes down to some people feeling that is ok to be permanently making judgements on other people’s lives and whether they are behaving in a way that is ‘right’ or ‘wrong’ (although god only knows who is in a position to make that distinction).

To be honest I’ve had enogh of it at the moment. None of us are any better than anyone else. We might not always agree with other people’s behaviour, and we all have the right to have opinions, but sometimes with some people, it feels like they are always judging the people around them – and often when their own life isn’t that perfect either. Some people just can’t help but share their opinion. There are probably many things that go through my head  about the people around me….but the majority of the time, I keep them there because I know that I’m not perfect…and often not right in what I think! For anything I struggle with about others, I know they probably have similar frustrations (hopefully about different issues) with me! Anyway, this post wasn’t going to be quite as personal as this, and I seem to have digressed slightly.

So, what is thought to cause Multiple myeloma? The general view is that it isn’t yet known what causes it. Multiple myeloma is known to start with one abnormal plasma cell in the bone marrow. This then multiplies and because the cancer cells don’t die like normal cells, eventually they take over and crowd out the healthy cells. Researchers are still studying the DNA of plasma cells to try to understand what actually makes a cell into a cancer cell. Nearly everyone with multiple myeloma seem to have genetic abnormalities in their plasma cells that they think contributed to the cancer, whether it is a defect in the chromosomes, extra copies of other chromosomes or missing parts of chromosomes.

Now the question is what causes those abnormalities, and perhaps even more, how to rectify those abnormalities before they cause issues. It is thought that myeloma may be caused by a mixture of genetic and non-genetic (environmental) factors. This may explain a little bit about the fact that they don’t currently say that it is hereditary. If I’m right, my children may be genetically more predisposed to having myeloma, but unless they have a certain trigger, it is unlikely to kick off for them. I think the understanding on this is changing all the time. When I was first diagnosed, they were saying that it wasn’t genetic at all….tough to hear that it might be….my faulty genes could cause a future of difficulty for my family….anyway, digressing again!

One of the key potential ’causes’ seems to be exposure to chemicals, pesticides (people in agriculture) and solvents (petrochemicals), as well as those who work in metal processing and textiles. There is much talk about the fact that many firefighters from 9/11 have suffered from the cancer…far more than would normally be expected to show symptoms. There is also an increased risk for those living near to or working in nuclear power stations. So it is likely that research will continue to focus on finding out more about what can trigger people’s myeloma – by working out how this all happens, hopefully they’ll find more about how to cure it too (a big reason why I continue to fundraise for Myeloma UK)

And just for anyone else who might think that I have brought this cancer on myself…..a study in 2011 in Boston suggested that those people who drank and smoke, had a lower risk of developing myeloma than those who didn’t…..food for thought!

Finally onto 40 Challenges B440 – Challenge No 6: Do a pub crawl around 40 pubs in 40 hours I decided that the original challenge of having to do a pub crawl around 40 pubs in a day was nearly impossible so I have amended it slightly to allow for a few breakfast pubs the following morning (a big fry up springs to mind!) I’m hoping that once the hangover has moved on, the extra few hours will allow me to visit the additional pubs and make it a slightly more enjoyable task than having to get 40 pubs in 18 hours….3 in an hour….and pretty much impossible if you include travel too!

I still need to work this pub crawl out and am hoping to write to a local brewery and see whether I can get them to help me to organise this….it would be great if we could turn it into a proper fundraiser rather than ‘just’ a pub crawl! If I could get each pub to donate a minimum of £4 to the challenge, we’d make over £120….and for every pub that provides me with a free drink I will commit to donating £1 for a soft drink and £2 for an alcoholic drink – I’d hate anyone to think I was doing this for a free day out! The plan is for the crawl to be around the High Wycombe area as this means that I can get support more easily, and hopefully also means that we can have support at the various different pubs! This will encourage the pubs to buy in to the whole concept as they will hopefully get extra business from it.

So if anyone has any contacts with perhaps Rebellion brewery in Marlow, or another Buckinghamshire based brewery please let me know if you can help! I would also love to hear from anyone who fancies organising the Challenge….as you can probably imagine, trying to sort out 40 of these is pretty labour intensive and so far I’ve only got 3 fully ticked off on my list! I’m putting together a list of ‘drivers’ too so advance thanks to Fintan and Rakhee who have already said that they are happy to drive….hopefully we can have a few more to help in the long run. 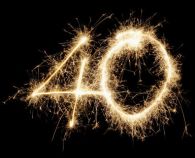 If yo would like to sponsor me with my #40ChallengesB440, please either

I am wife of one, mother of two (& a dog!) and a person in my own right😊. I have used my diagnosis of myeloma to allow me to focus on what I CAN achieve and not what I can't. My blog is a way of me spilling out....it is for me more than you I'm afraid. But if it helps you along the way, that is an absolute bonus for me :-) Diagnosed in 2009 with smouldering myeloma, I started treatment in 2010 and had a SCT in 2011. I’ve been on maintenance since then until November 2018 but my figures went up so am now officially relapsed and have just started DVD treatment (July 2019)
View all posts by Deb Gascoyne →
This entry was posted in Myeloma, Research and tagged cancer, cause, chromosomes, diagnosis, DNA, multiple myeloma, myeloma, plasma. Bookmark the permalink.

What are you thinking? Cancel reply

From Software to Softplay