I wrote my List for Living  a number of years back now, and it’s amazing to think how it has dated already. I’ve already decided that I hate the title of it….it sounds a bit…..well, not sure of the right word to use as everything I can think of isn’t particularly polite! Naff is the acceptable word I suppose! So anyone who wants to come up with suggestions for me for a title that isn’t a ‘bucket list’ or a ‘list for living’ is very welcome!

But also, there are a number of things on it now where they may end up being the norm…and that’s great….I don’t want to be living every day worrying about my myeloma and I don’t think that I do anymore which is brilliant. To be honest, in some ways it even sounds slightly attention seeking to even have such a list, but it does focus me on making sure that Nick and I do some of the things that we want to do together and individually.

This past week or so, I’ve started thinking about it again. As many of you know, I’ve taken a year out of fundraising for Myeloma UK, after a year that was very heavily focused on it. But I’ve realised that I’m not necessarily making the most of my year out. And if there is ever a time to do it, it’s in a year where I have turned 40 and Nick is soon to turn 40….whenever else do you get an excuse to do some different, some lavish things, that you wouldn’t otherwise do! I’m also getting twitchy about not fundraising so need to find other things to do that stop me thinking about it so much…I’m already starting to think about sponsored activities for 2016!

I think that one of the things that made me rethink it recently was that we went to Romania for half-term. We were so lucky to stay with a lovely friend of Nick’s. She drove us all over Romania making sure that we saw all of the amazing sites, ate traditional Romanian food, and drank their wonderful wine! For once we actually took the digital SLR with us, and I spent some time playing around with it, trying to get better at my photograpy. I’m not hugely creative so it isn’t a natural thing for me, but as it is one of the things on my list, it made me think that I really need to sort out lessons! Also, Rebecca really enjoyed taking photographs too….the one of the sunset is hers! So perhaps we can find somewhere we can do classes together! 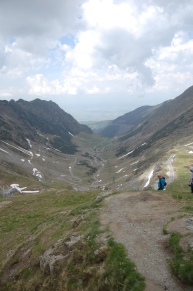 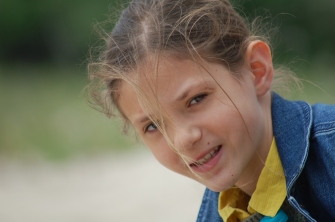 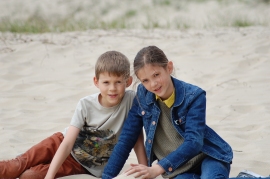 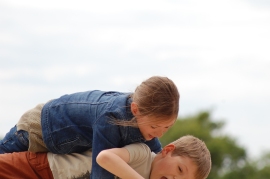 Water lilies at the Danube Delta

Wild horses in the Delta 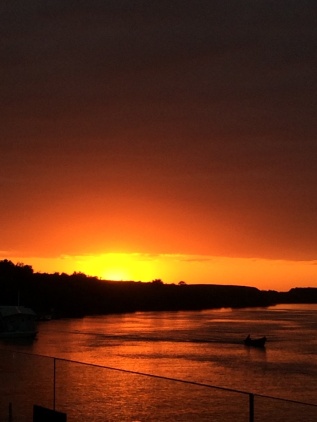 So, I’m going to be taking a look at this list over the next few weeks and trying to get friends to get involved with me….don’t be surprised if I ask you!

I am wife of one, mother of two (& a dog!) and a person in my own right😊. I have used my diagnosis of myeloma to allow me to focus on what I CAN achieve and not what I can't. My blog is a way of me spilling out....it is for me more than you I'm afraid. But if it helps you along the way, that is an absolute bonus for me :-) Diagnosed in 2009 with smouldering myeloma, I started treatment in 2010 and had a SCT in 2011. I’ve was on maintenance until November 2018 but my figures went up so officially relapsed. I have been on dara since 2019 and had my second transplant in September 2020. Still on dara and keeping fingers crossed.
View all posts by Deb Gascoyne →
This entry was posted in general, List for Living and tagged albota, bucket list, danube delta, list for living, myeloma, romania. Bookmark the permalink.

1 Response to List for Living – time for an update

What are you thinking? Cancel reply

From Software to Softplay